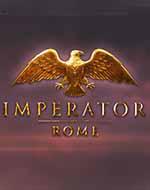 Imperator: Rome is a large scale strategy game in which you play as a leader of an ancient nation starting from Athens’ golden age. You have many duties, such as managing your n, developing society, economy, and military, and maintaining relations with other nations.

The spatial and temporal setting of the game is wider than the title might suggest. The gameplay begins during the golden age of Athens. Imperator: Rome features an enormous map stretching from the Pillars of Hercules to India. You can conquer every nation visible on the map.

Imperator: Rome builds on ideas from other games of the studio. It’s a large scale strategy game, focusing on managing your nation instead of managing your troops in battle. Mechanics-wise, it’s similar to other Paradox games, such as Crusader Kings II, Europa Universalis IV, and Hearts of Iron IV, and it uses an upgraded version of those engines used as well.

The mechanics are very expansive, and your range of duties is quite wide: you have to manage domestic and international politics, economics, scientific research, and social structure, as well as military operations.

The in-game world is inhabited by many characters with varied abilities and characteristics, affecting the gameplay by making their own decisions and dynamically responding to your actions. The map is also filled with societies of various cultures and religions, featuring eg. citizens, freemen, tribes, and slaves.

Imperator: Rome allows you to choose from various forms of government, such as monarchy, tribe clan structure, or senate republic. A key aspect of gameplay is also trade and investing in the development of your provinces, upgrading buildings, roads, and defensive structures.

You also spend a fair share of your time waging war. The right strategy can be prepared before battle; each culture has its own war traditions, giving you unique bonuses, abilities, and units. You also have to deal with revolts and barbarian invasions.